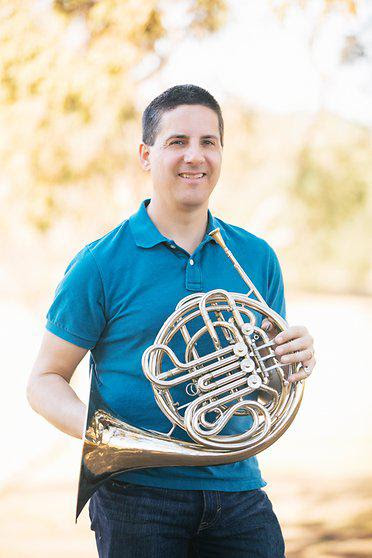 Daniel Kelley has been Last Resort Music’s arranger since the company’s inception in 1996.  Trained at Interlochen and the University of Southern California, he is a pianist, a composer and arranger, and a French hornist.  In addition to being a member of the LA Opera Orchestra and the Pasadena Symphony, he worked in the motion picture industry from 1991 until 2021, performing on nearly 1,000 movies, including Star Wars Episodes VII, VIII and IX, Frozen and Frozen 2, Jungle Cruise, Wreck-It Ralph, Big Hero 6, Spiderman: Homecoming, and all of the Pirates of the Caribbean, Ice Age, Men in Black and Hot Tub Time Machine films.  As well, he has performed and recorded with vocalists such as Barbra Streisand, Gwen Stefani, Josh Groban, Michael Bublé, Céline Dion and Will.i.am.

Daniel is also an acclaimed writer.  First published in a literary magazine in 2005, he has many stories and story collections available on Amazon, including his popular novel, Raffle Ticket.  He and fellow hornist Jenny Kim have also created a series of hilarious YouTube Videos about music, the horn, and life.

Daniel also bakes constantly, mosaics, annoys practically everyone with puns, and loves playing games of any kind, though Hearts and Dominoes are his current faves.  In both 2016 and 2017, a mosaic of his won First Prize at the LA County Fair.  He and his wife Cynthia have three children and too many fish.  Adair, Darcy and Adele are the names of the children.

There are no articles here yet. Come back here soon, we will add some.